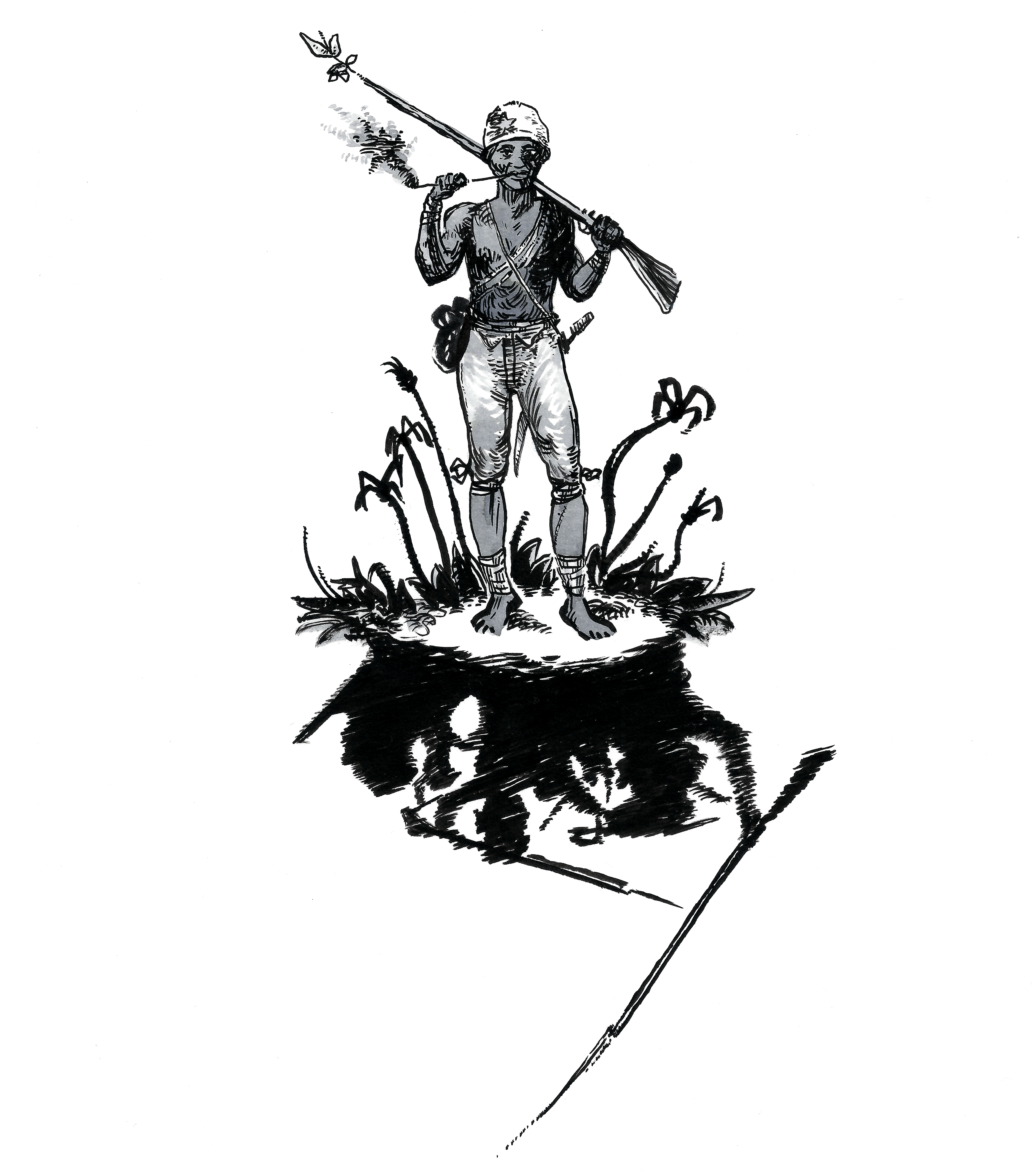 19 Oct The Freedom Fighters of Surinam

The Freedom Fighters of Surinam

Surinam has known a number of freedom fighters that posed a serious threat to the European colonialist and their slave trade. The Maroons that were able to successfully escape the plantations, did the improbable and organized themselves into settlements within the Amazon.

The very bold of the warrior-Maroons fought back the colonists using effective guerilla tactics and operating from hijacked forts. A few of the freedom fighters are still known to this day, such as Baron, Jolicoeur and the highly acclaimed Boni.

Boni [1730 – 1793] is believed to be the son of a dutchman that took his enslaved mother as a mistress but later rejected her. Pregnant with Boni, she braved the Amazon forest on her own and made it safely to one of the many Maroon settlements. There she gave birth to Boni, who would grow up to become commander in chief [1765] of the Maroon tribe known as the Boni-Maroons [Aluku].

Boni often trained Maroons into warriors that would become fearless adversaries of the European colonist. He and his warriors operated from Fort Buku [Commewijne] and were later joined by the freedom fighters Baron and Jolicoeur.

The freedom fighters that opposed the European colonist bravely, all knew the horrific consequences. It wasn’t a risk-free venture after all. A horrible death awaited all that were captured. Often in the form of decapitation, crucifixions, burning alive while also being poked by heated metal, etc… Most of the time a decapitated head ended up being displaced to discourage the other enslaved Africans.

But the consequences for their brave actions did not stop these freedom fighters or others from joining their cause, not when a chance at true freedom outweighs the risk of dying.