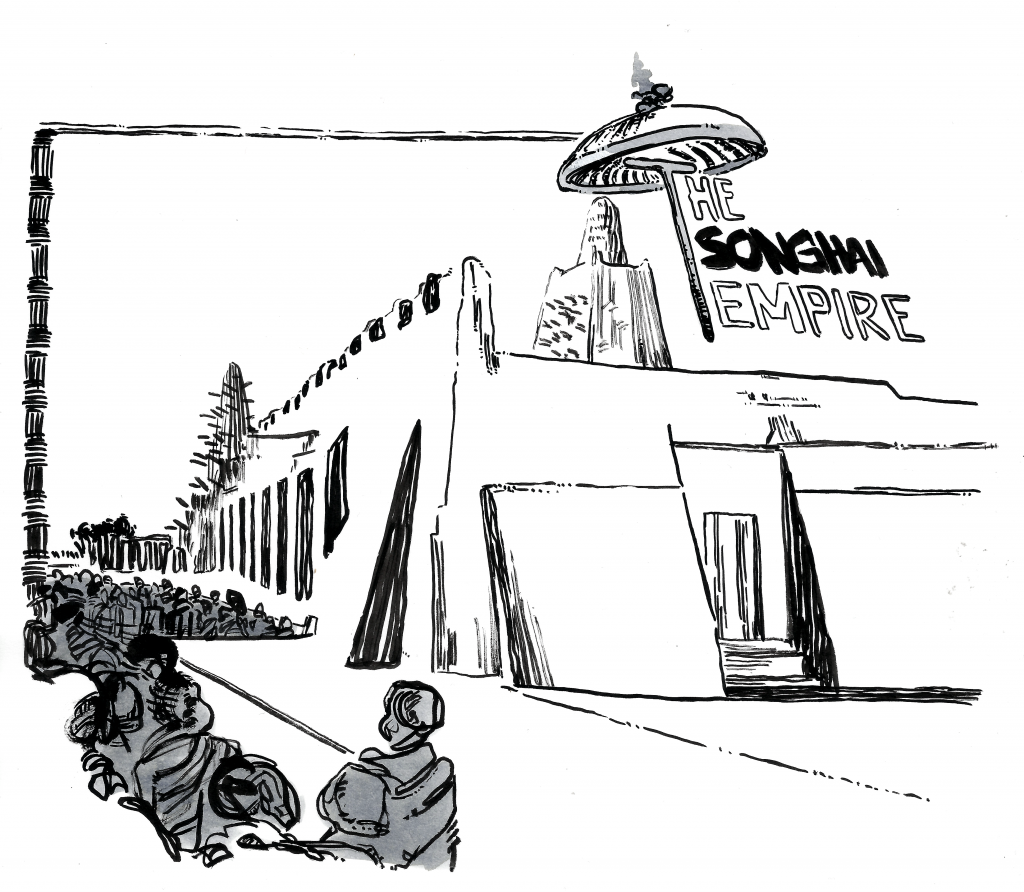 During the West-African golden age [14th – 15th century] the Songhai Empire emerged, from the skeleton of the Mali Empire, to dominate the western region of the continent.

During the gradual decline of the Mali Empire [ca. 1230 – 1670], the ruling elite of the Songhai people saw a chance at greatness and launched their own military campaign against the Mali dynasty. As a result, Sunni Ali [in 1464 AD] rose to power and became the first ruler of the Songhai Empire. 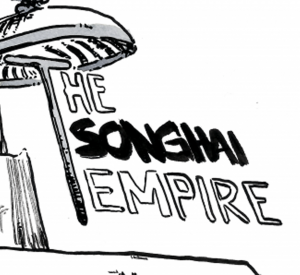 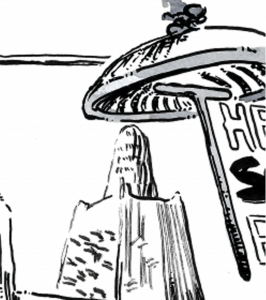 The Songhai Empire used a complex governing system consisting of numerous ministers in different areas of governing, that made sure that the empire and its [autonomous] provinces were being well maintained. During the Askia dynasty, the fabled Timbuktu was re-established as the center of learning in the world. The Songhai Empire heavily funded institutions of learning [Quranic schools] that were producing scientists, historians, jurists, and scholars. Continuing the trend of learning initially started by the Mali Empire.The success of the Songhai Empire was shortlived and fell into a gradual decline after the death of Askia the Great. Multiple power grabs by sons of Askia, political chaos and numerous civil wars made the Songhai empire an easy target for a foreign invasion.