The Islamic Golden Age [ca. 800 – 1400] was a period of cultural, economic and scientific flourishing within the Islamic Empire. The era is said to have begun under the reign of Harun al-Rashid [786 – 809] and with the inauguration of the House of Wisdom in Baghdad [Grand Library of Baghdad].

The popular belief is that the Golden Age of Islam also ended with the Siege of Baghdad [1258] by Mongol invasions. 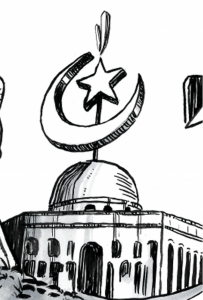 The Islamic religion is known for its wide range of cultural diversity which has reached most corners of the world. Yet what it is less known for, is its significant contribution to our modern-day world by discoveries, theories, and advancements in a wide range of subjects made during the Golden Age of Islam.

The Islamic Empire was known to be a major patron of Islamic scholars, with the most notable scholars boosting salaries equivalent to that of modern-day athletes. 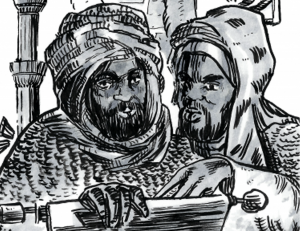 The arrival of Islam in [west-] Africa has been stated to be a natural one. As the Islamic religion often adapted to local cultural contexts and belief systems. The religion essentially being appropriated according to the different regions of continental Africa.

Different scholars noted that the emergence of the Islamic religion on the continent long ago should mark it as a ‘traditional African religion’.