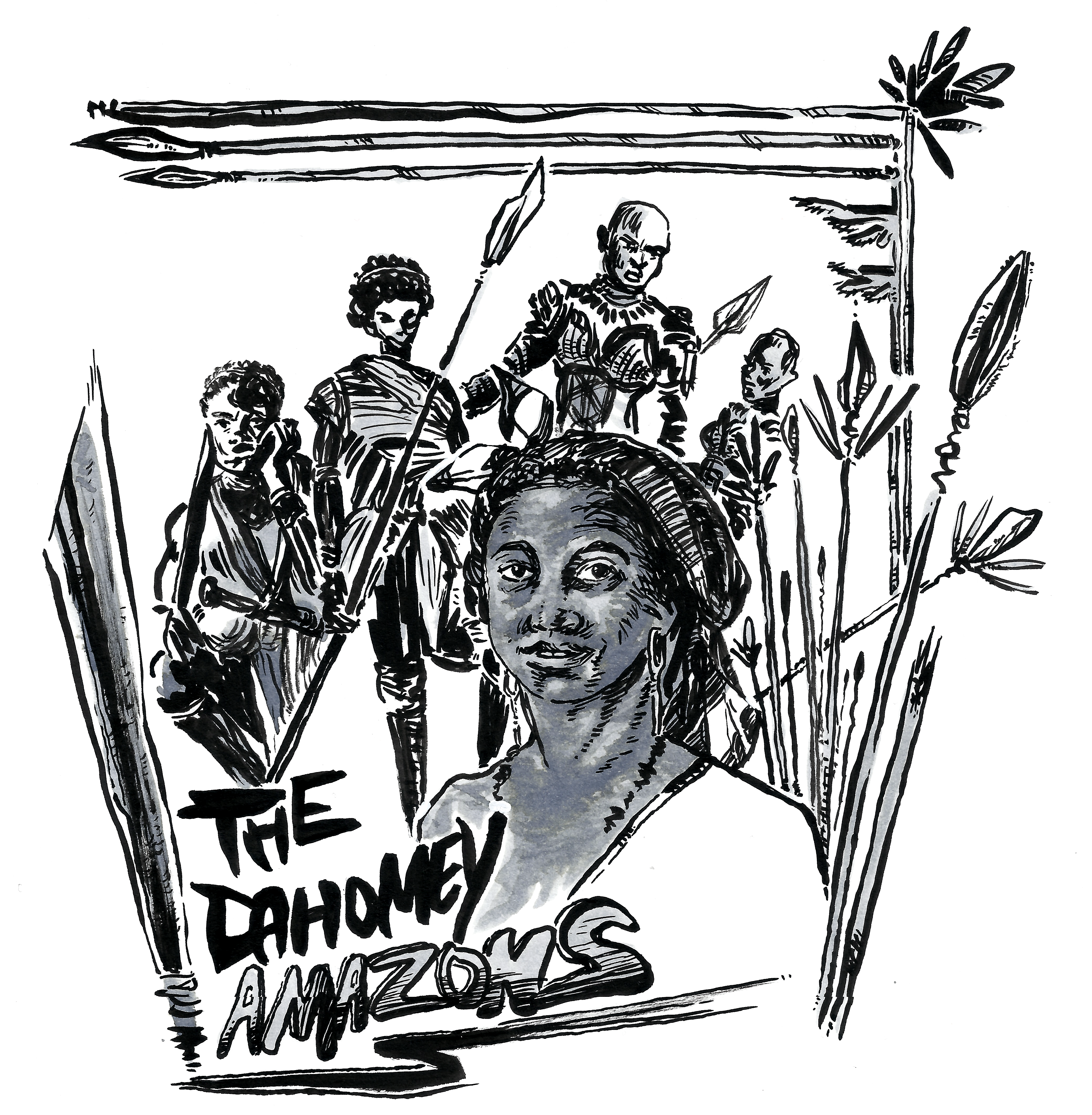 Adbaraya Toya [Victoria Montou] is widely believed to not only be of Dahomey [Fon] descent but also an elite warrior within the Dahomey Amazons [N’Nonmiton] boasting a position in the Women’s Council.

The Dahomey Amazons, a name cultivated by Europeans after witnessing the prowess of the elite all-women military division within the Dahomey Kingdom. The European observers dubbed them as the ‘Dahomey Amazons’ because of their similarities to the Amazons of old [Greek Mythology]. More correctly is the term ‘N’Nonmiton or Mino’, meaning ‘Our mothers’ in the native ‘Fon’ language. As the warriors were often skilled healers and seen as ‘mothers’ to all.

The Dahomey Kingdom [1600 -1900] was located at was is now known as Bennin [West-Afrika]. The kingdom was defeated in the late 19th century and annexed into the French colonial empire.

The story goes as follows. Adbaraya Toya, a former high ranking chief within the ‘N’Nonmiton’ [Dahomey Amazons] is kidnapped and brought to Saint-Domingue [Haiti]. Her narrative contradicting the widely believed notion of the ‘primitive, illiterate and uncivilized black African’

Adbaraya meets Jean Jacques Dessalines at a plantation and they develop a familial bond through their hatred towards slavery. Under Toya’s tutelage, Jean learns the art of hand-to-hand combat, how to shoot and how to wield a knife. Essentially, Dessalines was being shaped into the warrior-emperor that led the Haitian revolution.

Toya also had a big involvement in the revolution itself, often leading armies into battle. She witnessed the birth of a leader, was a key contributor to the revolution and watched the inauguration of Dessalines as the first emperor of independent Haiti.

Adbaraya died [1805] shortly after the historic events, being given a state funeral to mark her importance to the revolution and to Dessalines himself.